Some time ago, I decided to make an investment in a reasonably good audio system. I tried to attack the subject as most of us do when we want  to buy a TV or a computer. As we don’t really understand it, we read some pages on the web with comparisons and opinions and follow those. Get in, read something, find the two or three good names and get out fast.

In the case of audio equipment, this technique proved useless. It is impossible to read about audio, the information is built like a black hole. You just dig in deeper, deeper and deeper with no chance of understanding what these crazy “experts” are talking about. It is probably the most esoteric and unapproachable technical subject on the Internet.

These things are scary…

Long story short, I was lucky enough to find a friend who helped me choose and I ended up with a fantastic sounding piece of kit that covered my needs and delivered an audio that I percieved as very good. I now have a good amp, a blue ray/DVD/CD player, a fantastic DAC (Digital to Analogue Converter), a very nice vinyl player and the jewel of the crown, two custom made speakers built for me by a music guru.

So I was all set, the only thing remaining was to feed this system some audio recordings. But it’s not so easy, because digital audio is a bitch.

A very simplified scheme of a digital audio chain. There is math beyond this drawing, approach carefully.

First of all, you have the file formats. Streaming audio is normally crap, MP3 is also crap in most configurations but if the recording is good enough, the result can sometimes be also “good enough”. As a general rule, if you have good listening equipment, you need to use FLAC or AAC.

Second, good quality will be most noticeable with certain types of music. If your fancy is dubstep and electronica, then don’t bother. Most of dubstep is heavily distorted on purpose so having a discussion about audio quality is pointless. Audio quality is percieved well with jazz and with anything with guitars or drums.

And third, a digital audio chain goes through lots and lots of pieces of software, filters, samplers and buffers that do nasty things to it before the pure audio equipment even gets to touch it.

The easiest, cheapest way to improve audio quality in your digital audio reproduction system is very simple and it applies to everyone. Just use good audio playing software! Media player software is not all the same. Many come with presets, others do more stuff to the audio, some use a famously crappy Windows audio engine and others use custom drivers.

And that is what this article is about (finally!). I have tried to decide what free audio/media player software performs best out of the box in a windows environment. And I have done it in a semirigorous way, that is… not rigorously at all.

Testing tastes… or is it tasting tests?

I have installed a list of audio sources and compared audio output using a good pair of good headphones. In order to spread the comparison, I have compared different music pieces with different characteristics to see if differences hold coherent between styles (they actually don’t).

This is exclusively a comparison of analog output. Comparing digital outputs is stupid because if you can get a bitperfect stream, then there will be nothing to compare. Getting bitperfect audio out of a Windows machine is more tricky than you think but I will let you figure that one out on your own.

The headphones are these, with the noise cancelling turned off. Volume is pushed far up and I used a series of three listenings of each song per player while writing down impressions on them. They are very middle of the road, a lot of people have better stuff so they should absolutely be using good software!

These are the programs I have compared, all under Windows 7 64 bits:

- Itunes for applelites and lazy iphone owners. It is beyond me why anyone would use this software now that you can get iOS updates without syncing. The scraper is bad, the interface is bad, it runs into problems when the library is too big and it is messy with folders and files. Also, “Genius” is a joke.

- Foobar2000 for snobbish audiophiles. A horrible interface with almost no options forces you to play music in this just as if you were playing vynil. It has no real library management features, it’s just a loooooonnnngggg playlist. No scraping, album covers or any fancies for this one.

- MediaMonkey is the all in one solution monster app for huge libraries. It plays video, lots of formats, scrapes reasonably well, allows lots of fancy tagging and networking tricks. For example, it includes a DLNA server to stream locally your content to other devices. Fancy and big. There is a deluxe paid for version that does even more fancy stuff with networks, but they both sound the same.

- MediaGo by Sony is a better version of Itunes in that is is simpler, reads FLAC and scrapes albums better. But it is still quite basic an much uglier than other Sony media related interfaces, like the ones found in phones or Playstation products. Clearly the PC version is an afterthought for Sony and yet, it’s still better than iTunes.

- XBMC is a shitty audio scrapper but a fantastic video player. Many media center solutions use either XBMC or it’s cousin, Plex. It is not good for a desktop or keyboard and mouse, but it is fantastic for a HTPC and a remote. If you want to browse through your media library from a couch, there is nothing better than XBMC or Plex. And there is a very strong case for connecting your HTPC and TV to your fancier audio system in order to have good audio when watching films too…

- VLC is the swiss knife of video and audio players, it plays every format in the planet. It is best used when associated with your file format tag, as it loads extremely fast and you are sure it will play whatever you throw at it.

- Google Music Play stores in the cloud 20000 songs for free and streams them to you. I don’t like the interface too much but it’s extremely robust. File upload is very slow but it works reasonably well.

- Spotify (local files) is the world’s biggest streaming solution and the client can play local files as well. The library is quite impressive but I find it very annoying to have to log in and as any modern “ecosystem”, it will shout at the world each and every time you listen to something, look at something and blink at something. Very socially advanced and extremely annoying.

I chose not to include Songbird, Winamp or the Linux bunch like Banshee or Clementine because these ones seemed to me like they covered the most obvious players for every type of person.

The songs I used for comparisons are the following: 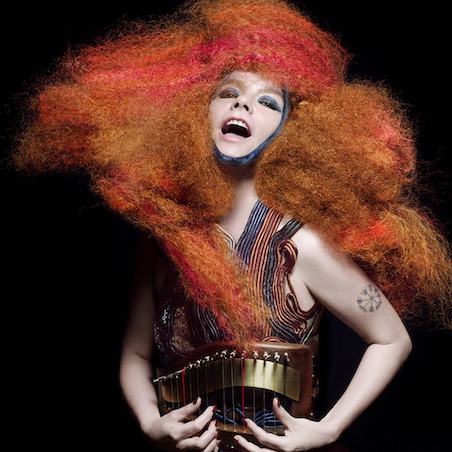 Some surprising results, others not so much

Ok, on to the results! I am not going to put a spreadsheet or graphs as I think that they’d be of very limited value. I am merely going to digest my impressions with some strong ideas.

Formats first, the difference between FLAC and MP3 is clear and noticeable, specially if the MP3 is variable bitrate. A live recording of very smooth jazz is all about lingering vibration in the air as the music blends into silence.You can hear the MP3 going down into white silence and a lot of nuance is lost.

A true audiophile would hear the smoke…

Second, music style, the less noisy and overlapped the music is, the biggest the difference. Hard metal and distorted electronica are harder to separate because many instruments cover each other.

- In all the cases where the player was using the Windows engine, the result was always worse and very similar between players. Itunes, MediaMonkey, Spotify and MediaGo all seem to use the same algorythms. They all give mushy, faded results. The bass is muffled, sharps are way less clear and the music is not at all vibrant. There was one song that broke this rule in one specific player. “Lonely Boy” played in iTunes is somehow pumped up by the player to extreme levels of trebble and bass. So much so that it gets to levels where the clarity is lost and distorsion appears. So yes, the Black Keys are not mushy when played in Itunes, but the actual audio is not better, just noisier and ugly. She hates iTunes too…

Of the remaining four players, they are all interesting in their own ways.

- The biggest surprise for me was without a doubt Google Music Play. The audio was sharp, warm and very well tuned. It was absolutely up to par with non streaming solutions. I loved the bass and the sense of space that you could percieve in the jazz recording.

- VLC is fantastic in the MP3, I found it less defined than Foobar2000 or Google Music Play but it boiled down to very tiny and probably subjective differences. I am sure that a different set of MP3 songs would have put VLC up to Foobar or Google’s level. On the other hand, FLAC was rather muffled and it was hard to see a difference between MP3 and FLAC.

- XBMC was also very good with MP3, almost the same as VLC. In the case of FLAC, XBMC went too far into trebble and unbalanced levels.

- Foobar2000 was in my opinion, the overall best audio quality. FLAC and MP3 were both fantastic. It is now my reference player whenever I want to listen to good music with either a good set of speaker or headphones. Pity that the interface is so ugly and simplified.

The good news is that there is a very good way to get good quality of audio for every type of user. If you want to stream your audio, use Google Play. If you want a HTPC style player, use XBMC (or Plex). If you simply want to double click in a MP3 file and listen to it, you can happily live with VLC associated with your MP3 file format tag.

But if you want to listen to digital audio the “audiophile way”, that is sitting down to listen to music, get Foobar2000. It’s awesome.

So there you have it, some advice based on purely subjective evidence… but this time it’s not about a game!